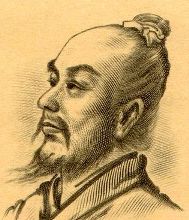 Zhang Heng - Han Scientist and Astronomer
When was the Han Dynasty?

The Han Dynasty ran for over 400 years, from 206 BC to 220 AD. It was the second Imperial dynasty after the Qin Dynasty. It was followed by the Three Kingdoms period.

How did it get started?

The Han Dynasty began with a peasant revolt against the Qin Emperor. It was led by Liu Bang, son of a peasant family. Once the Qin Emperor was killed there was a war for four years between Liu Bang and his rival Xiang Yu. Liu Bang won the war and became emperor. He changed his name to Han Gaozu and established the Han Dynasty. 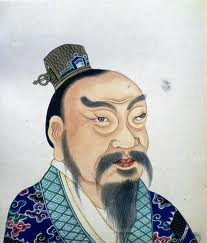 One of the first things that Emperor Gaozu did was to establish the civil service. He gathered a number of educated men about him to help him run the empire. Later Han emperors would establish examinations and schools to make sure that only the most intelligent men would run the government. This method of government would run for over 2,000 years.

The period of the Han Dynasty was a time of invention and science. One of the most important inventions was paper. Paper allowed the government to easily keep records and pass on instructions throughout the empire.

Other important inventions include iron casting, crop rotation, and acupuncture as well as advancements in medicine, mathematics, building, agriculture, engineering, and astronomy.

Many people lived in the cities. Life was nice for the rich who lived in big houses that were finely decorated with carpets and art. They wore silk robes and were well educated. Life in the city was difficult for the poor who lived in crowded houses and often went without food.

Life in countryside was better for the peasants. They had to work hard, but they generally had food and shelter. Taxes were reduced during the Han Dynasty and people who tilled the soil were often respected.

Merchants were generally not respected. However, they were able to become rich, especially with trade improving due to the Silk Road and general peace in the country. Laws were made to make merchants wear white clothes and pay high taxes.

Fun Facts about the Han Dynasty