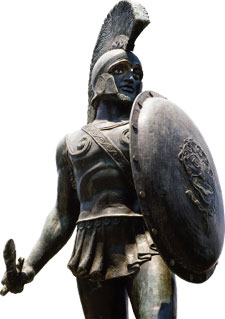 Spartan Soldier - Sparta had the most powerful army of all the Greek city-states.
There were many differences between the city-states of Athens and Sparta. For example, Athens had a democratic form of government. Sparta had a culture that glorified military ideals. Both wanted to be the most powerful city-state in the region. This competition led to clashes between the two city-states and their allies.
Causes of the War   There were three main reasons war broke out. First, some city-states feared Athens because of its grab for power and prestige. Second, under the leadership of Pericles, Athens grew from a city-state to a naval empire. Third, some Athenian settlers began to move into the lands of other city-states. 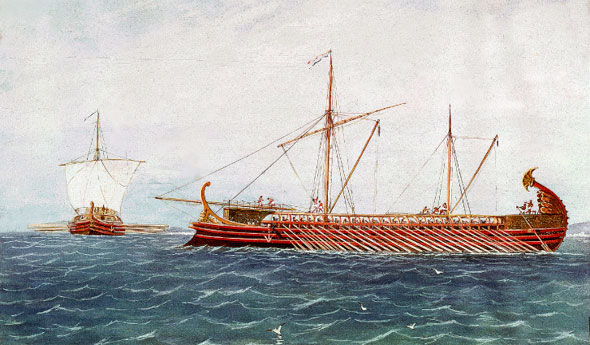 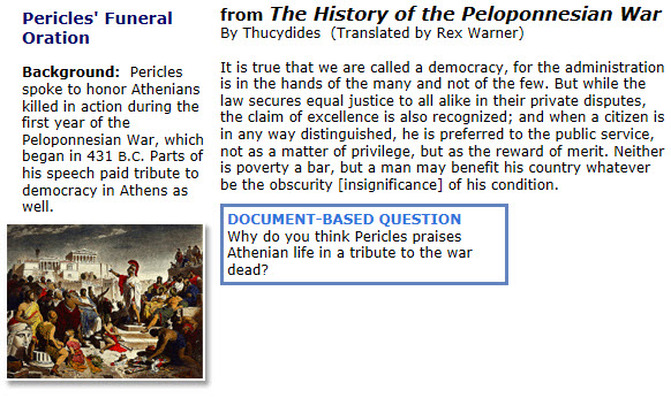 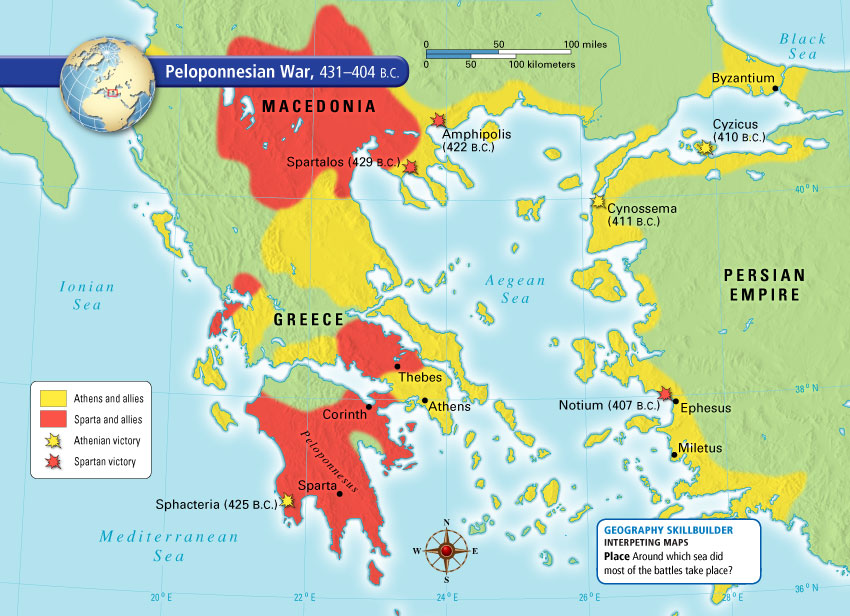