The Ming Dynasty
The Ming Dynasty is often called the last of the great Chinese dynasties. It ruled Ancient China from 1368 to 1644. It was followed by the Qing Dynasty.

How did it start?

Prior to the Ming Dynasty, China had been ruled by the Yuan Dynasty. The Yuan Dynasty was set up by the Mongols who had conquered China about 100 years earlier. Many Chinese did not like the Mongols and considered them the enemy. Finally, the Mongols were overthrown and ousted from China by a peasant uprising. 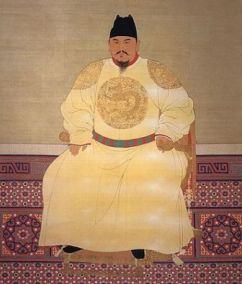 Emperor Hongwu
The peasant uprising that removed the Mongols and the Yuan Dynasty from power was led by a man named Zhu Yuanzhang. He took control of China and named himself Emperor Hongwu. This was the beginning of the Ming Dynasty.

This was an era of large civil engineering projects including:

The Great Wall of China - The Great Wall was almost completely rebuilt by the Ming Dynasty. The tall and wide brick walls that are still standing today were built by the Ming.
Grand Canal - The Grand Canal was rebuilt during this time. This had a significant impact on trade and helped the economy to flourish.
Forbidden City - This city was the emperor's palace and was located inside the capital city of Beijing. It had almost 1000 buildings and covered over 185 acres of land.

Art flourished during the Ming Dynasty. This included literature, painting, music, poetry, and porcelain. Ming vases made of blue and white porcelain were prized at the time throughout the world. They are still considered quite valuable. 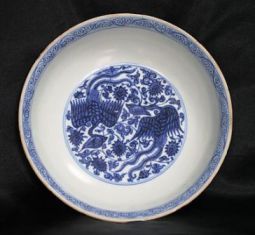 Blue and white Ming porcelain
Literature reached new heights during this era as well. Three of the Four Great Classical Novels of Chinese Literature were written during the Ming Dynasty. They are Outlaws of the Marsh, Romance of the Three Kingdoms and Journey to the West.

The government was run by an organization called the civil service. In order to get a job with the civil service, applicants had to take difficult exams. The men with the highest scores would get the best jobs. Some men would study for years to try and pass the exams and earn one of these prestigious positions. The exams often covered a number of subjects, but a significant portion of the testing was on the teachings of Confucius.

Emperor Chengzu was the third emperor of the Ming dynasty. He did a lot of good things to strengthen China like re-building the Grand Canal and establishing trade and diplomacy with other countries. He also moved the capital to Beijing and built the Forbidden City. He later was known as the Yongle Emperor.

Zheng He was a great Chinese explorer. He set out at the command of Emperor Chengzu and visited many lands with the Chinese navy. He went throughout Southeast Asia, the Middle East, and even to Africa. After visiting Somalia in Africa he brought back a giraffe for the Emperor. 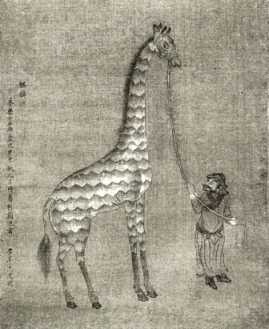 Giraffe brought from Africa
Fun facts about the Ming Dynasty
(Information from Ducksters.com)